How Gen Z Will Shape the Future of the Cannabis Industry

How the next generation of adults will be cannabis’ biggest consumers

Born in 1997 or later, Generation Z is the youngest generation bracket — with the oldest age among them turning 25 in 2022. One in ten voters in the 2020 electorate were part of this generation, and the numbers will be increasing as more Gen Z individuals turn 18 in the years to come. Although it was projected that Gen Z would inherit a strong economy with low unemployment, COVID-19 profoundly shifted the US in a political, social, and economic way. Now, they will dive into their future with uncertainty.

However, Generation Z differs from older generations in a number of progressive ways. They are the most ethnically and racially diverse than previous generations and are on track to be the most educated generation thus far. 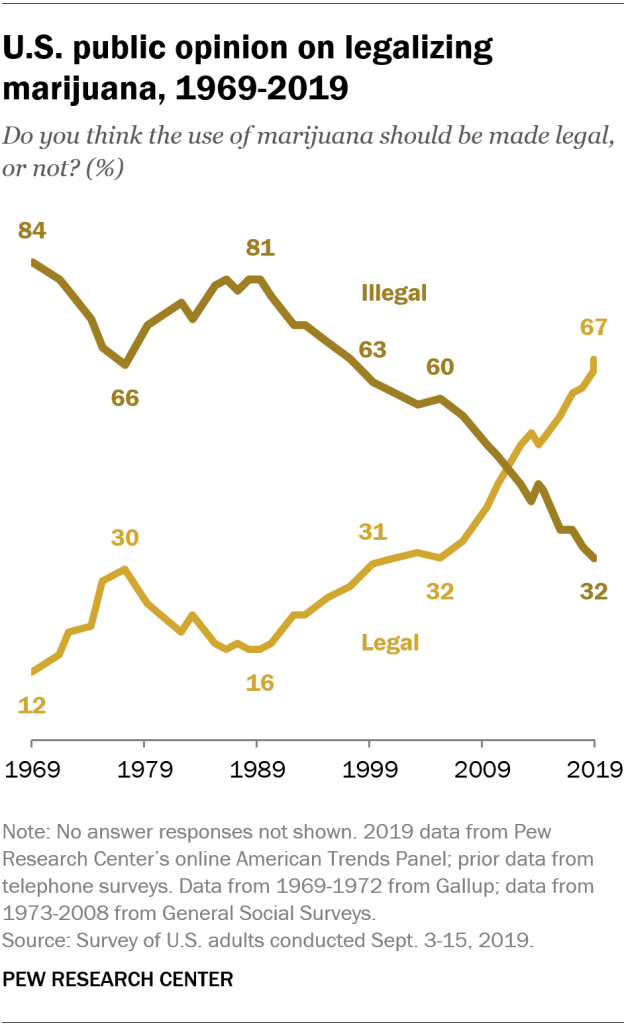 A Pew study done in 2019 showed that two-thirds of Americans support the legalization at the federal level, especially medically. With numbers steadily increasing over time. Since 2010 the number of individuals who oppose the legalization of cannabis has dropped over 20%. Public attitudes towards the initiative to legalize medical and recreational cannabis has been increasingly positive since the number of legal states has been growing. Baby boomers and the silent generation are hesitant on this issue, however most support medical marijuana legislation.

When we break down the results into generations, we see that a large cohort of of legalization supporters are people ages 18-29, regardless of party affiliation. 78% of Millennial democrats and 71% of Millennial republicans agree on the point that cannabis should be legal. These trends reflect the fact that Gen Z will continue to advocate towards legalizing cannabis for medical and recreational use throughout the country.

Why Gen Z is Important to the Cannabis Industry

Unlike other generations, Gen Z has always been in a world where cannabis was legal in certain parts of the country, with California voting to legalize medical cannabis in 1996 — just one year before the oldest Gen Z consumers would have been born. It’s likely that they are growing up in a world where the supposed long lasting negative consequences of consumption are being debunked. Also, because of the generational trends shifting towards the acceptance of legal cannabis, Gen Z has inherited less cynical viewpoints on cannabis from their parents, who are from Gen X. 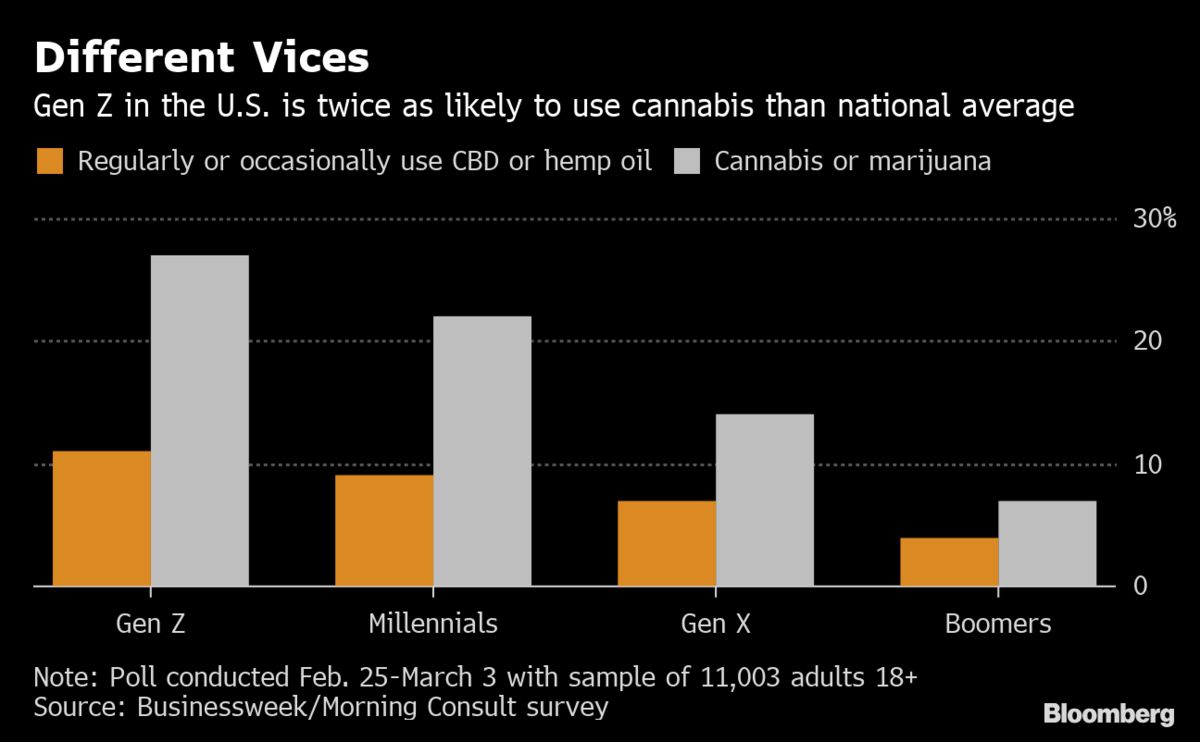 The US will be expected to increase as Gen Z shoppers gets older. For each year that passes, more Gen Z individuals will be turning 21, and become legal cannabis consumers. Several outlets have predicted that Gen Z is twice as likely as the average American to use cannabis products, with early signs indicating that a record number of people will use cannabis products to treat insomnia, anxiety, or for use recreationally.

Corporate America is starting to take notice of the ever-changing consumption habits of these younger consumers . According to Bloomberg, cannabis farms in Canada and multistate operators in the US are among the most valuable cannabis companies in the world. Food companies are also studying the cannabis market, hoping to better market their products towards new consumer groups. Companies like Coca-Cola and Hunt’s Ketchup are looking into how they might implement cannabis as an ingredient using CBD. CBD is one of major cannabinoids that has shown true therapeutic efficacy, but is one of the easier to use products in the cannabis market because it is not intoxicating.

In addition to the increase in relevancy cannabis has made in the corporate world, Gen Z has made an impact in the political world as well. Support for legal cannabis is increasing rapidly, with medical marijuana programs appearing in very conservative states such as Oklahoma and Utah. The percentage of Americans who support marijuana legalization has doubled over the last 20 years, with medical applications changing the perception of the plant for many.

According to John Dick, who manages CivicScience, a data and polling firm, Americans are slowly leaning towards an introverted lifestyle. Typically marijuana is associated with such a lifestyle, and may be more appealing to younger consumers who want to enjoy a night in, watch Netflix, and order takeout. According to Dick, he found that there is a “strong correlation between Americans who had reported using CBD, and survey respondents who said they would prefer to watch a movie at home, rather than go to the theater”. Although the industry is trying to steer clear of the back alley joint smoker stereotype, its clear that large crowds are not the consumer preference either.

As legalization of cannabis grows throughout the US, large investments start to pile up — and industry players are introducing more professional-looking products. This is a huge difference to what it was 20-30 years ago, with cannabis being delivered in plastic baggies and suggestive imagery.

As the packaging bets better, marijuana becomes more marketable towards larger audiences. Although it may seem subtle, packaging has played a big role in how consumers feel towards marijuana products. Cannabis users now search for (and prioritize) neat, labeled, and informative packaging. Although all people benefit from this, female consumers say they particularly appreciate this approach. Firstly, aesthetic and clean packaging for cannabis products allows women to discreetly carry them in their bags. Also, it prevents women from feeling unsafe and uninformed about the products they are using and where they are getting them from. Something as simple as standardized dosing information that you wouldn’t get on non-legal products can do a lot to make a female consumer feel more comfortable and build brand trust. A cannabis company that welcomes women is poised for success in fostering long term customer relationships.

Ultimately, consumers look for convenience, quality, and discreteness of the product when deciding what to buy when in a dispensary. Cannabis brands have noticed distinct trends that attract consumers to their products. Firstly, any leaf imagery with modern branding will instantly make the product recognizable. Focusing on health allows you to market the products “for medical use only” or for “relaxation” such as with CBD products. With this strategy, consumers are given a more transparent approach through regulated information labels and an increasingly sophisticated design. Companies and consumers benefit from these packaging changes. With this evolved approach, cannabis appears more marketable and “mainstream”, meaning people will want to buy more pleasing-looking items.

During the COVID-19 pandemic, legal cannabis sales saw a  46% increase —  Gen Z was the fastest growing group over the pandemic. As mentioned before, because some Gen Z individuals  grew up with cannabis being legal in their home state, they are more comfortable and de-stigmatized to the negative stereotypes associated with marijuana. Interestingly, Gen Z women have been consuming legal marijuana at a rapid rate. Year-over-year legal cannabis sales for gen z women increased 151 percent. Similarly, Gen Z men increased by  118 percent.

For younger Americans, a joint might be no different than a drink after work, except without the risk of a hangover the next day. Generally, younger generations view marijuana as a “healthier” option, with fewer calories, less carbs, and no headache the next day. Millennial and Gen Z Americans have shifted to using cannabis instead of alcohol, which has led to a drop in alcohol sales consistently since 2018. For example, data shows that beer sales have dropped following marijuana legalization in Oregon, Colorado, and Washington. Cannabis consumption may be the “new normal” in our society — with more social aspects such as cannabis lounges starting up in places like Las Vegas, Nevada. 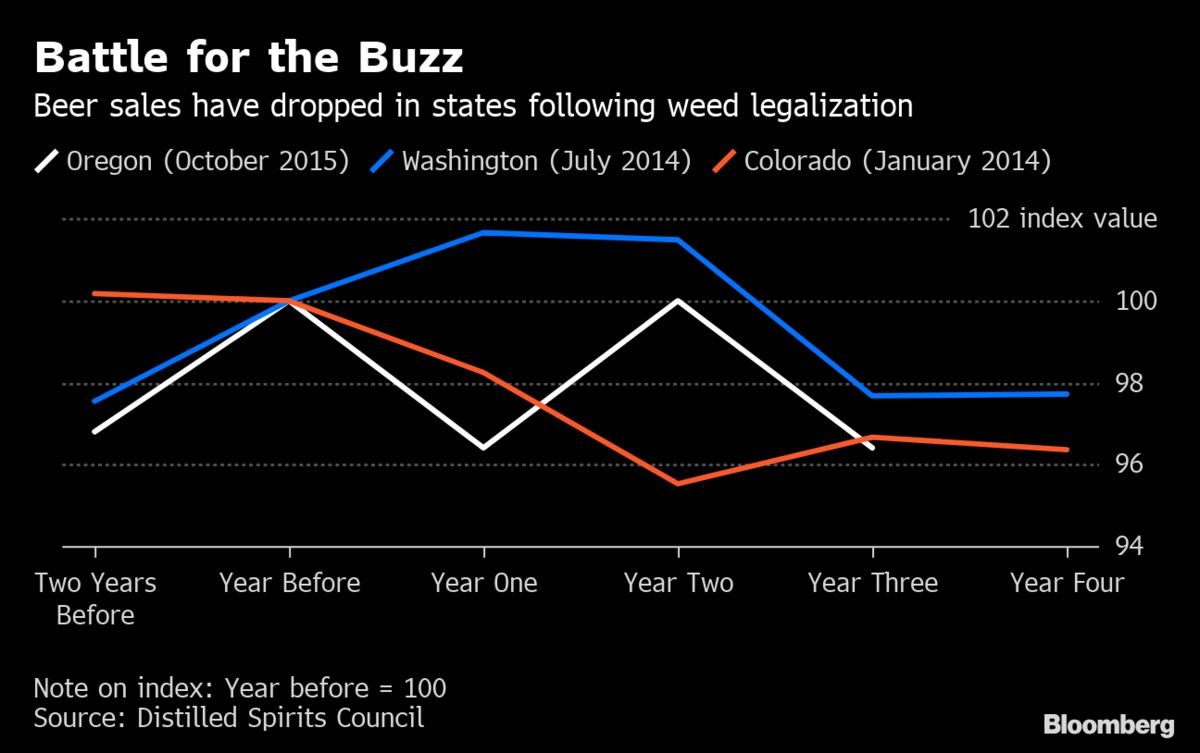 Gen Z is growing up to be the most educated and diverse group America has ever seen. Research has showed that they overwhelmingly support the legalization of cannabis — recreationally and medically. As more Gen Z people turn 21, they will become the industry’s biggest spenders and make up a large portion of the cannabis consumer base. Because of the dwindling stigmas against cannabis consumption, some members of Gen Z even prefer cannabis over alcohol, which creates competition between the two industries in legal states. Overall, the growth of the cannabis market is expected to grow exponentially over the years, with thousands of new consumers every year.